The week that changed media forever

Posted by Tom Denford at ID Comms on 7th March 2017 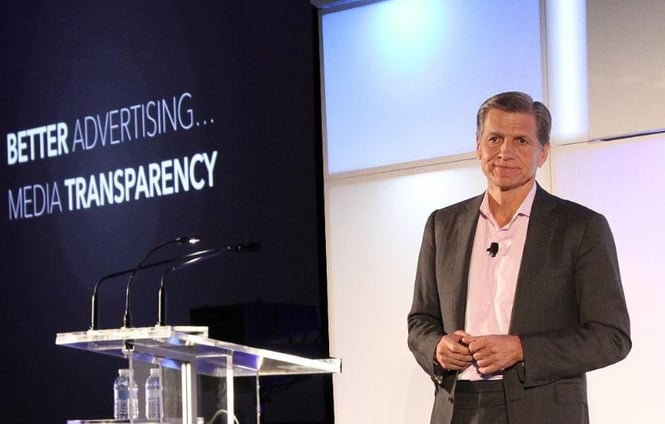 For the second time in a month P&G’s marketing chief Marc Pritchard has called on fellow advertisers to take action. And this time he’s told them how to do it and avoid the “head fakes” as Tom Denford explains.Marc Pritchard has already made waves at the IAB and now speaking at the ANA conference in Florida, he made more and they’re coming your way.

You’ve already seen the headlines about how Marc Pritchard used his speech at the recent ANA Media Conference to “tackle crappy media practice”, “slam the objections”, “define the headfakes” and “double down on his demands of digital ad giants”

Panning back a little and a couple of days now after the event I think this year’s ANA Media conference told me a lot about the shifting sands of the dynamic media industry I think its changed forever, there is simply no going back.

While Pritchard’s last presentation, at IAB’s leadership conference in January, was all about the steps that P&G was taking, this time the new Chair of the Association of National Advertisers was really focused on encouraging other marketers to take the take same steps and help clean up the “crappy media supply chain”.

He took on the naysayers rebutting point by point the objections raised to his plan, drawing chuckles from the audience of US marketers – clearly they’ve been hearing similar excuses from some of their agencies and digital vendors.

But most of all Marc issued an impassioned call to arms for all marketers to join him on the journey to change. He challenged them all – whatever their budget – to demand change.

“I think you might be surprised, here’s what I want, because remember, you also have options. It’s not like there’s no options out there, so you could still take your money and put it in different places,” he pointed out giving courage to advertisers with less spend than P&G.

After all, since his speech in February both Facebook and Google have promised to take steps to make their ‘walled gardens’ more open to 3rd party verification measurement. No vendor or platform wants to lose P&G’s millions from their 2018 revenue projections, so we expect many others to concede to Marc’s demands. In the ANA Media speech he also warned that it’s not enough to have good intentions, platforms need to actually implement.

“It’s not enough until the verification and audits are actually implemented. We’ve been more than patient because we made these requests nearly a year ago” he said.

The exciting thing for me, attending this ANA conference was that this was more than a speech. It was a call to arms that will start to deliver real change across the infrastructure and make digital the accountable medium it always promised to be, rather than the swamp of incomparable metrics (and noise) that it can be.

One of the biggest indicators to me was that Marc’s tone delivering this speech was often impatient, urgent and frustrated – clearly a man used to getting his own way, he made it clear he’d been patient enough

“The time for talking is over, it’s time for action now.” …