Netflix to Add Films and TV Series for Teenagers

Posted by Emily Steel at The New York Times on 24th August, 2015 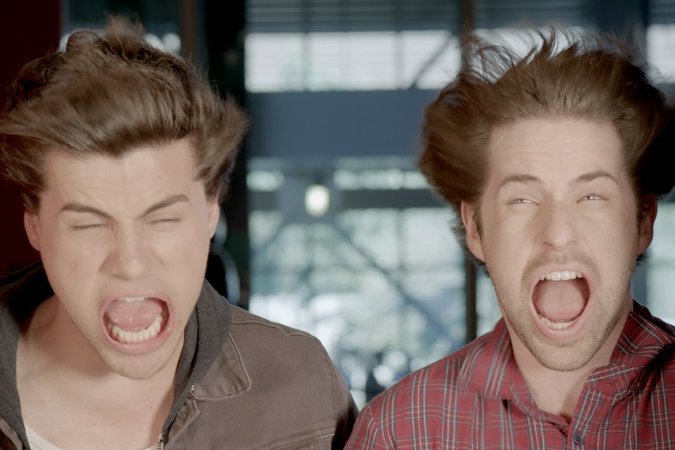 Anthony Padilla, left, and Ian Andrew Hecox in “Smosh: The Movie,” a Netflix exclusive aimed at teenagers and “tweens.”

Netflix is entering the awkward teenage years, at least with its latest programming push.

The company is adding to its streaming service a number of exclusive films and television series focused on teenagers and “tweens,” as part of a strategy to position itself as a digital entertainment hub for the postmillennial generation.

Netflix has licensed two films from popular YouTube personalities, including “Smosh: The Movie” from the creators of the YouTube comedy channel of the same name, which has over 21 million YouTube subscribers; and “Bad Night,” featuring the YouTube stars Jenn McAllister and Lauren Luthringshausen.

It also has picked up “Lost & Found Music Studios,” a half-hour original series about a group of young musicians; “Degrassi: Next Class” about homophobia, racism, substance abuse and other issues teenagers face as they prepare to enter adulthood; and “Fuller House,” the much-anticipated sequel to the 1990s hit sitcom “Full House.”

Netflix is trying to fill a void that exists broadly, Erik Barmack, Netflix’s vice president for global independent content, said in an interview last week. Mr. Barmack said that while a number of traditional and digital outlets offered programming that appealed to younger children and young adults, scripted entertainment focused on teenagers was scarce. “In the on-demand world, there isn’t a place where there is lots of great scripted shows and movies that are catering to that audience,” he said. “That is both an opportunity and a challenge.”

With the new series and films, Netflix enters a fierce popularity contest to take over that programming space, as start-ups and traditional media companies — like YouNow, Snapchat, YouTube, MTV and Disney try to win over viewers who are growing up in a streaming world.

The challenge is to capture the attention of an audience known for its elusive and fickle tastes. Celebrities and trends often are fleeting, and it is unclear whether a star’s popularity on an outlet like YouTube will translate to other outlets like television or film.

Traditional media organizations have faced stark challenges keeping pace with the fast-shifting habits of young viewers. As tweens and teenagers spend a surging amount of time on apps and the web, the amount of time they are spending watching traditional television is plummeting. MTV, long considered the hot spot for teenagers, suffered a 17 percent decline in ratings in the second quarter of this year compared with a year earlier, according to analysts’ estimates. …

read on at nytimes.com