The unpredictable course of live streaming has caught us unprepared

Posted by Emily Bell at the Guardian on 17th July 2016 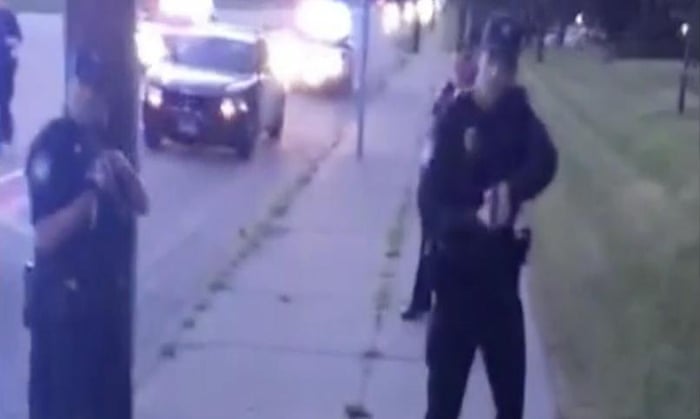 The video from Facebook circulated in the aftermath of Philando Castile’s death Photograph: Diamond Reynolds

Although live streaming capabilities have been around for more than five years, the ubiquity of the livestream has only really taken flight with the advent of “Facebook Live”. This week at the Republican National Convention in Cleveland, Ohio, the largest broadcaster by some measures will be Facebook. There will be a Facebook Live facility where companies like the New York Times and Yahoo and any of the 19 other Facebook media partners will be hosting their own “shows”. More significantly, the delegates themselves will shoot hours of footage, much of it boring and amateurish, some of it no doubt candid and inflammatory.

We have been moving irrevocably towards the capability to broadcast anything from a cheap mobile phone for nearly two decades, and now we have arrived. Diamond Reynolds, with the composure of a seasoned reporter, films her partner Philando Castile as he bleeds out after being shot in his car by a near-hysterical officer. She delivers a steady hand, a self-aware commentary born of self-preservation. When Ramsey Orta filmed police officers choking Eric Garner in 2014 it was too early for Facebook Live, but not too early for Orta to tell the press that when cops approached him he routinely started filming them.

In charge of an international news website during the Iraq war, I saw graphic footage on the wire service feeds, but I have seen more people dead or dying through Facebook in the past few months. We the audience, nearly all of whom click, are walked through the trail of mangled and broken bodies on the promenade in Nice, before the ambulances arrive.

The immediacy of media, the expectation that we can be anywhere now, is changing how we experience crisis and even our own mortality.

“Real” TV news will of course aggregate and benefit from this abundance of freely available footage, and so will the rest of us, feeling closer to events than ever before. So why, if we could imagine the age of artificial intelligence and the terrible outcomes of predictive policing in RoboCop, couldn’t the broadcast industry imagine that everyone might one day have their capacity? The truth is that they did, but never imagined they would want to deploy such a capability, as it undermines the very concept of what an “edited” experience is.

In an unofficial straw poll I conducted last week, when asking news journalists and executives “if you could develop something which let anyone live stream video onto your platform or website, would you?”, the answer after some thought was nearly always “no”. For many publishers the risk of even leaving unmoderated comments on a website was great enough, the idea of the world self-reporting under your brand remains anathema. And the platform companies are beginning to understand why. …

Originally posted by Emily Bell at the Guardian
17th July 2016