Posted by Mark Sweney at the Guardian on 23rd October 2015 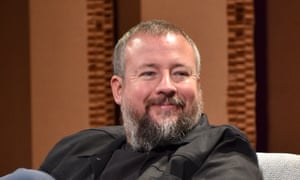 Vice founder and CEO Shane Smith says there is a bidding war going on among media firms as his company plans to launch 12 TV channels across Europe. Photograph: Mike Windle/Getty Images for Vanity Fair

Vice chief Shane Smith has said he plans to launch a dozen TV channels across Europe, and has rebuffed offers from media companies seeking to take a stake in his European operation.

Smith, the founder of the media company, said the company is in “fast and furious” talks with everyone from Netflix to ITV, Sky and Discovery about launching TV channels across the UK and Europe in the next 12 to 18 months.

“There is a bit of a bidding war going on,” he said. “In the UK there are potentially a number of partners. There are lots of deals on the table. It’s pretty fast and furious.”

He said some of the larger pan-European players have offered multi-territory deals to sweeten their offers.

“Is it better to do separate deals in each country, or a three or four country deal with one company,” he said. “Then we have to think do we want a joint venture, do we buy a network ourselves, or do we partner.”

He added that he has rebuffed offers by some of the companies to take a stake in Vice’s rapidly expanding European operation.

Smith, who will lay out Vice’s European expansion plans in more detail at its IAB Digital Upfront presentation in London on Friday night, said the talks have been “slower than expected”.

“The problem is we want to include mobile, online and OTT [over the top],” he said. “But the old-school TV guard pays lip service to doing everything but they don’t like simultaneous windows [with other partners or on other platforms]. We are trying to navigate those waters.”

Smith said Vice wasn’t only talking to the deep-pocketed multi-territory players like a Netflix, Amazon, Sky, Google or Discovery. …

Originally posted by Mark Sweney at the Guardian
23rd October 2015