Posted by Jerry Daykin at the Guardian on 1st October 2015

Concerns around viewability and ad blocking are plaguing digital advertising, but social channels could prove vital for marketers willing to rethink their approach 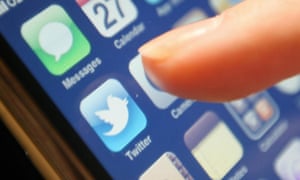 Social media marketing in its original form is dead. This isn’t news: Facebook killed it off nearly four years ago, although many marketers don’t seem to have noticed yet. Ironically, though, there’s never been a better time to invest advertising budgets into social platforms – channels which have moved on from the fans, engagement and conversation metrics they were once built on.

Online advertising is starting to command meaningful ad budgets and with that comes a new level of scrutiny. Current skeletons in the closet include viewability (whether ads show in full to a user or are hidden down the page when a robot visits the site) and ad blocking (software which stops adverts appearing for users at all).

Having built up vast and consistent audiences who predominantly visit through dedicated mobile apps, the social media giants have built walled gardens where they can tackle these challenges head on. Ad blockers aren’t even a consideration here: Twitter has provided a 100% viewability guarantee for its video adverts since June and Facebook has recently matched this as part of an ongoing move from served to actually viewed impressions.

It’s easy to forget, but back in 2004 Facebook’s first ads were simple banner ads. Over the years, social platforms opened up to allow brands to act more like native users with their own pages, updates and means for users to interact directly. The pitch to advertisers was of a bold new world of conversations, earned media and engagement. For users of the site it made sense too – an advertiser could only be as disruptive as an annoying friend, and was just as easy to silence.

It was powerful stuff and tugged on marketing heart strings. It did, however, attract its fair share of criticism from traditionalists who didn’t see how it stacked up against the scale and effectiveness of traditional media. They questioned whether people truly wanted a relationship with their washing powder. As it turns out, they were largely right. Byron Sharp’s book How Brands Grow has provided much of the data that questions many assumptions about consumer loyalty and consideration that early social efforts depended on.

Although direct engagement can have positive effects on a small few, it remains a niche behaviour and is far outweighed by the broader reach these platforms offer. People ultimately have more important priorities than engaging with brands and so in reality rarely do. Although the big social networks have been cautious about publicly spelling out this U-turn, their product developments and private sales pitches tell a clear story.

In early 2012, Facebook was waving the white flag. The launch of promoted newsfeed posts admitted that being able to instantly reach the full Facebook audience was more valuable than the heavy slog of trying to build up a subscribed audience. It was effectively the mainstream relaunch of social media marketing, although Twitter had already been using a similar product to drive engagement at scale. Somewhat unexpectedly the marketing community largely interpreted this revolution as a tax on reaching their existing fans, even though they were actually now able to speak to hundreds of millions more potential consumers. …

Originally posted by Jerry Daykin at the Guardian
1st October 2015