Posted by Mark Sweney at the Guardian on 23rd February 2016

Online businesses boosted spending on television by 7.4% last year – the biggest increase since the end of the recession at the end of last decade 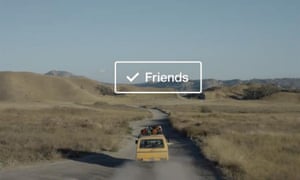 A surge in TV advertising spend by online giants including Facebook, Google and Netflix helped push the total UK TV ad market above £5bn for the first time last year.

A record £5.27bn was spent on TV advertising in the UK last year, a healthy 7.4% more than 2014 – the biggest increase since the end of the recession at the end of last decade.

The rise was in large part fuelled by online businesses latching on to traditional TV advertising.

As a group, online businesses spent more than £500m on TV advertising last year, a 14% increase, and are now the second biggest-spending category of advertisers on TV.

This includes Facebook, which was the year’s biggest-spending new TV advertiser among the 877 brands classified as new or returning to marketing on TV after a break of at least five years.

“TV advertising works,” said Lindsey Clay, chief executive of Thinkbox, the TV marketing body. “Advertisers of all sizes, from global technology companies to local businesses, know this and have voted with their investment. Online businesses in particular recognise the impact of TV advertising and have significantly increased their investment recently. This is something we expect to continue in 2016.” …