Posted by Mark Sweney at the Guardian on 21st January 2016 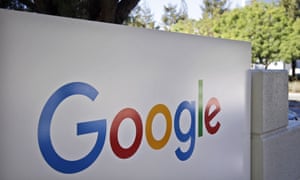 The move comes amid rising scrutiny and criticism by advertisers of the actual efficacy of campaigns run across Google’s networks. Photograph: Marcio Jose Sanchez/AP

The figure of 780m was an almost 50% increase on 2014. Google also said that this year would see a major focus on stepping up efforts to fight back against bots – software applications that mimic the behaviour of internet users.

“In 2016, we’re planning updates like further restricting what can be advertised as effective for weight loss, and adding new protections against malware and bots,” said Sridhar Ramaswamy, senior vice president of ads and commerce at Google, in a blog post on Thursday. “We want to make sure all the ads you see are helpful and welcome and we’ll keep fighting to make that a reality.

The move comes amid rising scrutiny and criticism by advertisers of the actual efficacy of campaigns run across Google’s networks.

The company said that its bad-ad fight in 2015 focused on areas including those that carry malware, promote fake goods or weight-loss scams, or phishing for personal information by financial fraudsters.

“Through a combination of computer algorithms and people at Google reviewing ads, we’re able to block the vast majority of these bad ads before they ever get shown,” Ramaswamy said. “We’ve invested in sophisticated technology and a global team of 1,000-plus people dedicated to fighting bad ads.” …

Originally posted by Mark Sweney at the Guardian
21st January 2016