Posted by Shan Wang at NiemanLab on 24th June 2016 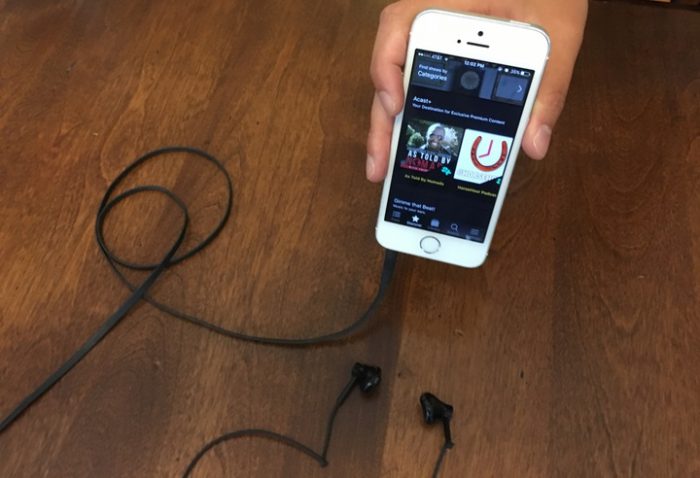 Photo of the Acast app in use by Joseph Lichterman. Arranged by Taylyn Washington-Harmon

With a new paid subscription option and its sights set on non English-speaking countries, the Swedish podcasting startup is looking for listeners (and shows) beyond the iTunes set.

Acast resists the term “paywall.” The Stockholm-based podcasting startup, which entered the U.S. last fall and is the hosting platform of choice for publishers like BuzzFeed and the Financial Times, launched a paid subscription option at the end of last month. Through Acast+, creators can set a price for shows and sell ad-free subscriptions to listeners (Acast gets a cut of that revenue).

The paid option was always going to be part of the business model of the company at some point, according to the company’s founders Karl Rosander and Måns Ulvestam, but don’t call it a paywall.

“If you look at the Spotifys of the world, they started with advertising, then turned to subscriptions. If you look at the history of podcasting, you’ve got Patreon, you’ve got crowdfunding efforts. But for me that’s not a business model, that’s just begging,” Ulvestam said. “I don’t believe in a paywall system. But I believe in people paying for content they think is worth something. I mean, it’s not rocket science. If you make a good movie, if you offer a good service, if you have a book that’s good, people will pay for it.” 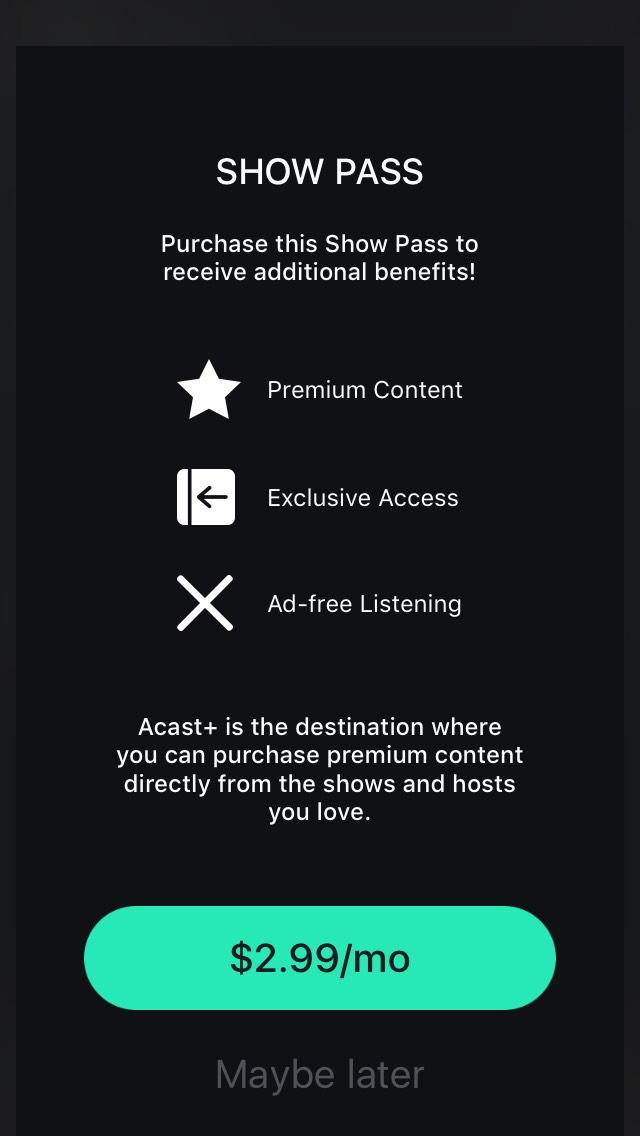 With Acast+, interested listeners can purchase a “show pass” to unlock bonus shows and listen ad-free. I skimmed the Acast+ offerings and found prices ranging from $.99 to $4.99 per month, as well as other price points like $7.99 per season. The founders wouldn’t disclose the actual revenue split (“it’s good for both sides”) and said it was too early to share specific data points, but offered a few other observations. Ulvestam said, for instance, that they’d assumed the number of subscriptions would increase gradually over time, but “there was a huge sale on the first day,” followed by steadier subscription purchases. He also said that shows priced at $2 to $3 “were doing especially well.”

“This is quite different from the way a music streaming service would work, because with music streaming you’re happy to pay $10 a month for all the world’s music. With podcasting, you may be able to listen to two or three or four or maybe five podcasts, but those you listen to and follow closely. You don’t have to pay for that fly fishing show you haven’t heard of,” Ulvestam added. “That’s why we don’t believe in a model like [Midroll’s] Howl, for instance — putting shows and archives behind a paywall. We don’t believe in a subscription where you access all shows without ads — we could turn that on and do that in one second, but that’s not the way our podcasters consume content, so we’re not going to do it.” 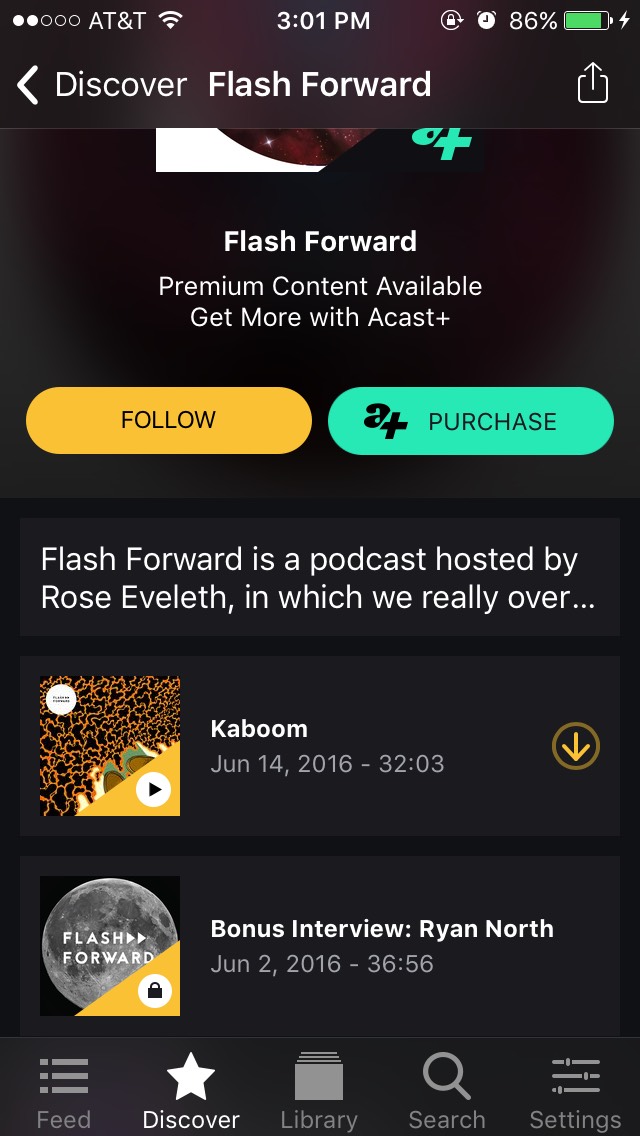 The show Flash Forward by Rose Eveleth, for instance, is among the first shows available with bonus material through Acast+. Eveleth’s shows are available elsewhere, too (on iTunes for one), but there’s more available to fans willing to pay a little.

This subscription model is good for accommodating material from people who have a large following for their already well-established podcast, but might want to work on a spin-off separate from their regular productions. In that case, a few thousand people paying $2 or $3 could be enough to get that project off the ground, Caitlin Thompson, Acast’s director of content, told me.

“We’ve been having a lot of conversations with creators, those who have more of a mass market audience, and getting them to think about side projects they could do if they were freed from their day jobs,” Thompson, who’s leading expansion efforts in the U.S., said. “We can find a way to fund a really special thing that doesn’t put a ton of pressure on the creator to get a huge audience. That’s an exciting thing in this marketplace.” …