Sounds of the youth? BBC radio app targets next generation

Posted by Jim Waterson  at The Guardian on 28th October 2018 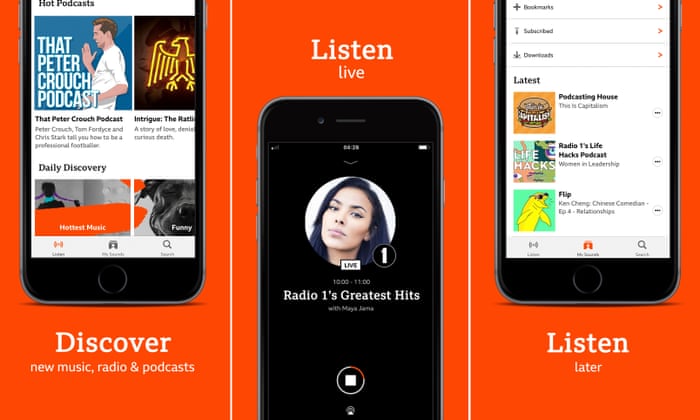 The BBC’s director of radio is worried. Younger audiences are listening to more audio then ever before. They understand the captive quality of spoken-word stories. They’re more likely to listen to challenging, interesting podcasts on their commute to work or while in the car. They want to hear new music, tailored to their interests. The problem is they don’t necessarily need to go to the BBC to get what they want.

“If we don’t do anything over the next 10 years you’ll have a two-speed BBC radio audience,” says James Purnell, the man tasked with turning this around. “People who’d grown up with it and people who didn’t.”

On the face of it, BBC Radio is in rude health. It has half the national market, with dozens of stations reaching more than 34 million people a week. Radio 2 alone reaches 15 million listeners a week and for all the criticism of the Today programme (“editorially I think it’s in brilliant shape,” says Purnell), one in nine Britons still tune in to hear John Humphrys and his co-presenters harangue politicians every week.

The problem is that ever since the BBC was founded almost a century ago it has been based around an era of broadcasting that was designed towards a comprehensive offering: a shared listening – and then viewing – experience. But just as Netflix upended TV viewing habits, the growth of podcasts and Spotify means listeners increasingly expect their audio content to be personalised to them. Put simply, they no longer need to listen to a playlist or a schedule that does not perfectly suit their needs.

“BBC Radio is still incredibly successful, but I don’t think it’s ever faced such competition,” says Bob Shennan, a lifelong BBC employee who oversees all its radio and music output, pointing towards the likes of Spotify and Apple’s podcast libraries. “People are listening to things the whole time but the competition for their ears is with a whole host of organisations beyond the commercial radio sector.”

Relying on pensioners to provide the audience is not sustainable for an organisation that relies on convincing the vast majority of the public to pay for its services. Although millions of young Britons continue to tune in to traditional BBC radio stations, Purnell says just 3% of under-35s use the iPlayer catch-up radio app, which will soon be axed.

With this in mind, the corporation is putting its hope in BBC Sounds, a new app and website that formally launches on Tuesday with a glitzy event at Tate Modern. It will bring radio livestreams, catchup services, music mixes and podcasts together under one roof. …

Originally posted by Jim Waterson  at The Guardian
28th October 2018

The BBC’s Head of Audiences for Radio and Education, Alison Winter, will be speaking at the 2018 asi International Radio & Audio Conference on 7th November in Athens, Greece.