Nielsen: social TV on the rise across demos

According to Nielsen’s new 2016 Social Media Report, the role social media is playing in consumers’ lives is significant and increasing — with big ramifications for TV habits.

Powered in part by the continued ubiquity of the smartphone — now firmly in the hands of over 87% of the US adult population — social media reached about 177 million people each week on average in Q3 2016, according to the ratings giant. And among all US adults (18+), social media’s part of the media diet is 22%-36% more than the comparable quarter last year. 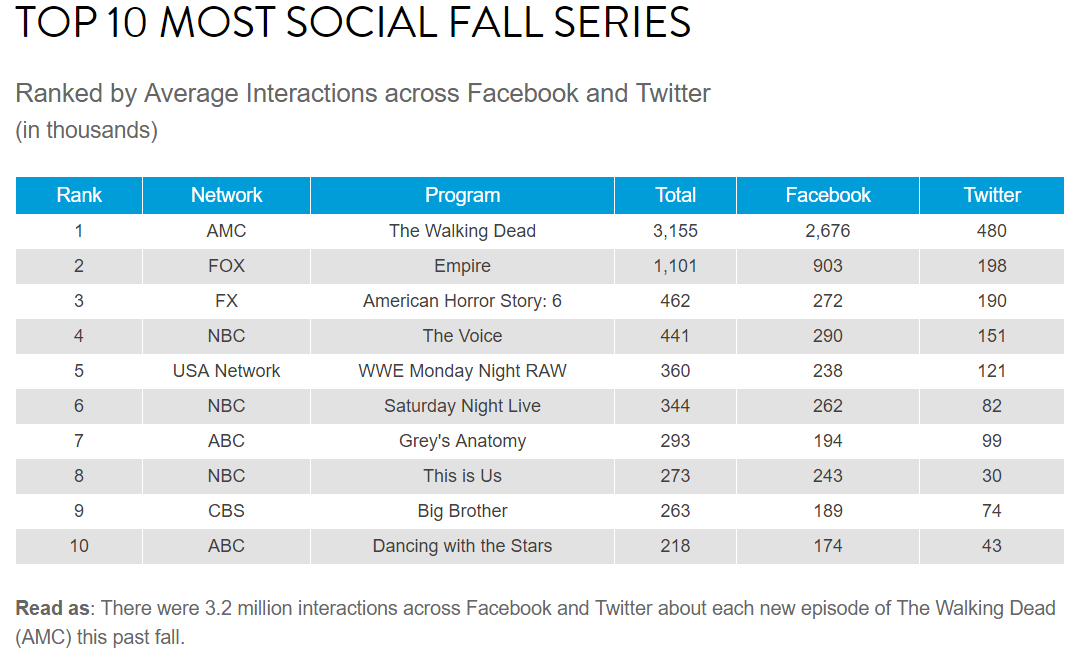 Looking at the amount of consumption in terms of gender and race/ethnicity, the report found that women spend a quarter of their total media time on social, and Hispanic adults spend nearly 23%. And at six hours ten minutes, black adults spend the most amount of time per week of any consumer demographic.

The continuing increase in mobile and tablet penetration and consumer usage means a natural overlap with other media — TV included. The report looked into simultaneous device usage — from frequency to specific social activities done while tuning in the tube — and found that while 21% of tablet users said they use their tablet while watching TV “several times a day,” 30% of smartphone users said they did so.

Naturally, many consumers are using social channels to talk about the programmes they’re watching on TV. There was an average of 14.2 million social media interactions about TV across Facebook and Twitter each day this past autumn TV season in the US.