In search of a European Google

Posted by Alex Hern at theGuardian on 6th December 2015

California’s Silicon Valley runs the show when it comes to successful tech companies. So why has the old world failed to produce a thriving digital industry to rival the US? 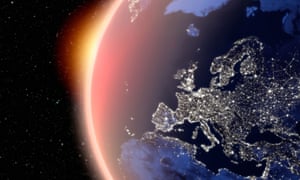 The idea of a European Google seems very far fetched. Why is that? Photograph: Deco /Alamy

David Galbraith, a partner at venture investment firm Anthemis, has a statistic he likes to quote. “The combined value of the top three internet companies in the Americas – so, basically, in America – is around $0.75tn (£0.5tn). In Asia, it’s around $0.5tn. In Africa, it’s $50bn. And in Europe, it’s just $25bn.”

When I first heard the figure from him, on the hottest day of the year at a conference in the City of London, I was shocked. Galbraith, who helped create both net standard RSS and listings site Yelp in the early 2000s, is not known for exaggeration.

When I press him a few months later, he admits with a shrug that it’s slightly artificial. The figure for Africa includes Naspers, the South African conglomerate which owns 35% of China’s massive net firm Tencent, for instance. And the figures only take into account “pure play” internet firms, so that Apple doesn’t count (because it makes watches, phones and computers) but Google and Facebook do.

“Really, it’s engineered to make a point,” he says. And the point is worth making: when you look at the top of the tech market, the very top, Europe is lagging a long way behind.

The continent has plenty of perfectly decent technology startups: in May this year, technology investment bank GP Bullhound counted 40 founded since 2000 with a valuation of over $1bn, 17 of which come from Britain. But the combined market value of all those companies together was just $120bn – less than half that of Facebook’s $273bn market cap alone.

The problem Galbraith is highlighting isn’t one of financial returns, though: it’s an issue of power. “If you look at Europe now, we’re in the equivalent stage of being in, let’s say, 1920, with no car companies. No Citröen, no BMW, no Rolls Royce, no Fiat, nothing.

“This is as big a deal as the industrial revolution. You’re moving from the agrarian to the industrial to the digital age, and you’re seeing the digitisation of everything. Industries which weren’t considered to be digital are being transformed by some of the methodologies and the processes of the digital age. Take Tesla – we think of Tesla as being a ‘startup’, but it’s the same size as Audi.” Both companies are valued at around $30bn.

For all that the technological revolution is often framed as a ground-up burst of innovation from a thousand startups, actual power is concentrated in just a few hands.

Facebook is one of those with such power. The social network is so large that a tweak in its newsfeed algorithm in October 2013 single-handedly led to the proliferation of “curiosity gap” headlines (“An Auto Executive Talks Up Gas. The Guy Next To Him Who Builds Space Rockets Puts Him In His Place”).

Apple is another. Its influence over software development is such that a small change in the rules about what can be allowed on its app store is enough to create a whole new class of apps, launching mobile adblockers to the top of the charts overnight.

A third, Google, can kill a profitable business by tweaking its search results: just ask the founders of Metafilter, who lost 40% of their visitors overnight in mid-November 2012.

The heady mixture of near-infinite scalability, a market that lacks geographic borders, and strong network effects means that once a company becomes a de facto platform, it’s hard to control and even harder to dislodge. “We could be creating companies that are bigger than Standard Oil,” Galbraith says. “We don’t know yet, but it’s possible. And these giant platform companies create ecosystems around them.”

It’s these mega-platforms, the three above all from the US, which Europe is lacking. And the absence of any such behemoths has a serious impact on the ability of the continent to influence its own destiny.

The valley on top of the world

Take Google. The ubiquitous search engine is currently in the midst of multiple uncomfortable squabbles with European regulators.

It’s being investigated on antitrust grounds by the EU’s competition commission, to see if it unfairly promotes its own shopping search service and whether it artificially limits the rights of handset manufacturers to make their own “forked” versions of its Android operating system. 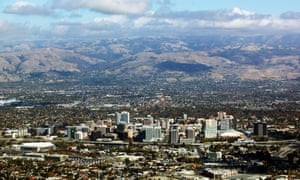 Silicon Valley dominates the world’s technology sector, but its origins lie in a unexpected confluence between hippies, academics and the military. Photograph: Alamy Stock Photo

At the same time, it’s dealing with the fallout of the ECJ’s ruling that Europeans have a “right to be forgotten” and can request the removal of “inadequate, irrelevant or no longer relevant” information from search results. That right has been applied on a country-by-country basis, but in July this year, France tried to push it further, requiring the company to remove offending entries on all its domains.

Google said “non”. “As a matter of principle, we respectfully disagree with the idea that a national data protection authority can assert global authority to control the content that people can access around the world,” said a spokesperson. “We believe that no single country should have the authority to control what content someone in a second country can access,” added the company’s global privacy counsel, Peter Fleischer.

Except, of course, if that country is the US. Google’s global index is policed using US copyright law, and receives a thousand times as many requests under those laws as it does under the right to be forgotten – and grants more than 95% of them, compared to the 41% it has granted for privacy requests. The world’s biggest search engine is based in the US, and that gives the US the power to dictate copyright law to the world.

At the other end of the spectrum is China. The state has managed to build its own web firms at a scale that rivals that of Google and Facebook. For all the West hears about firms such as “China’s Google”, Baidu, and “China’s WhatsApp”, WeChat”, the comparisons underplay the dominance of those groups domestically.

But it is tricky to pinpoint lessons for Europe from Baidu, Tencent and Sina. The firms achieved astronomical success in a short period of time, but did so in a pocket of the internet walled off from the wider world. The Great Firewall has been terrible for Chinese netizens seeking an uncensored internet, but very good for a few domestic entrepreneurs freed from international competition.

“Europe’s sort of semi-open market has created the scenario where it doesn’t have any of its own platforms,” Galbraith concludes with a sigh. And where the EU tried to create its own platforms directly, “it was spectacularly bad. It tried to create its own version of Google, called Quaero. It was laughably bad.” Created with a €99m grant at the request of the French government, Quaero was eventually put to bed in December 2013. Two years into its creation, engineer Nick Tredennick wrote in IEEE Spectrum magazine that: “Going head-to-head with Google with a project involving well-funded, energetic entrepreneurs would be foolish. Attempting the same with a multigovernment collaboration is beyond description.”

Not everyone agrees with Galbraith’s fear. Ophelia Brown, a principal at Index Ventures, argues that: “Europe has produced many unicorns [billion-dollar companies]. Not Facebooks, to be sure, but I think it’s glib to say that Europe can’t produce another Facebook.”

Facebook, she points out, didn’t come from Silicon Valley: it was born in Harvard University, to a founder who was as much an outsider as European entrepreneurs may feel today. And in the decade since the social network was formed, Europe too has evolved. “There’s no reason why the same can’t happen at UCL, Imperial, Oxford, Cambridge. The crucial point is how Europe has evolved from when Zuckerberg was coding Facebook. Today, there is very much an ecosystem in place to support the growth of such a company.”

Brown argues that Europe even has an advantage for young startups over San Francisco. “It’s actually easier to start building a company today because of low-cost easy access to engineers, especially if you take London, Berlin, Stockholm, versus fighting for engineers in the valley when you’re a no-name startup.” 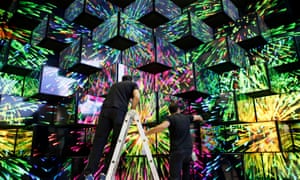 The IFA consumer electronics fair in Berlin, September 2013, showcases the best of European mobile technology to a crowd of journalists and industry insiders. Photograph: Fabrizio Bensch/Reuters

In the valley, “cost is prohibitively expensive, people don’t have any allegiance, people are leaving after a year, stock options don’t mean anything to anyone”. Brown says the valley is seeing the disadvantages of being a mature ecosystem. “Yes, Europe is some way behind, but we’ve always been some way behind. That doesn’t mean to say that we can’t ever catch up.”

Tom Valentine, the co-founder and chief operating officer of London-based travel company Secret Escapes, says a company that can say “we grew up in Europe” has a strong selling point. Being forced to rapidly support multiple languages, currencies and locations makes the first few years of growth tricky, but puts the company in a position of advantage compared to American startups for going worldwide.

It’s a story that Barry Smith, flight search-engine SkyScanner’s co-founder, backs up. At a time when the firm was already supporting a number of European languages, and had built tools letting it add a new one for just £1,500: “Our main competitor in America had only one language. They had 220 employees covering the US, and just four for ‘Europe’, as though it were one giant country.”

Brexit could be a disaster for UK tech

The other major advantage Europe has, which comes up time and again, is its relative openness to immigration. “If you want to get great engineers from India or other parts of the world it’s quite difficult to get the appropriate US visas,” says Brown. “It’s slightly easier in the UK, with some of the tier two visas that you can get, but it’s still a challenge for both countries.” …