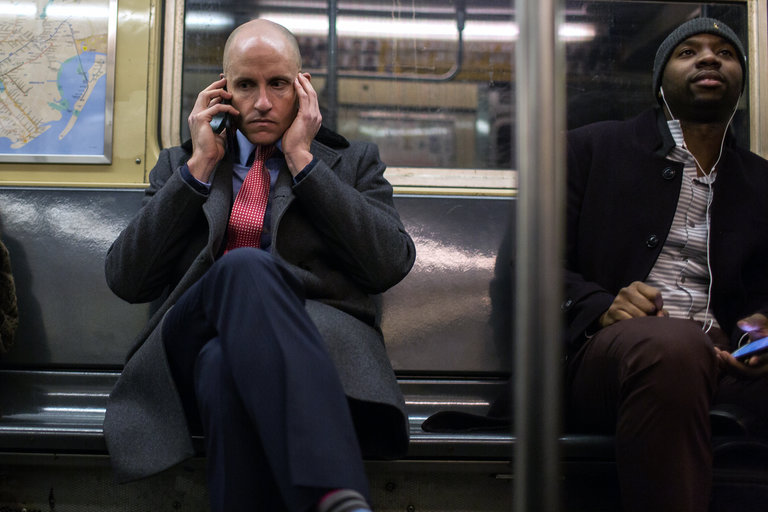 Commuters using their phones on a New York subway this month. Credit Christopher Lee for The New York Times

We all know the stereotype: silly millennials, tethered to their phones, unable to accomplish the simplest tasks without scrolling their Instagram feeds, snapping their friends and/or tweeting inanely.

But a Nielsen report released last week shows that Americans from 18 to 34 are less obsessed with social media than some of their older peers are.

Sean Casey, the president of Nielsen’s social division, said the finding initially surprised him because “the going thought is that social is vastly owned by the younger generation.”

“It’s kind of synonymous,” said Mr. Casey, who wrote the foreword to the report. “When you think of millennials, you think of social.”

Mr. Casey, 46, said that eventually, the finding started to make more sense to him.

“At a time when we wanted to be connected, it came out right when we were at the top of our media consumption,” he said. “It’s become second nature to our generation.”

… read on at nytimes.com