Posted by Sam Levin at the Guardian on 10th September 2016 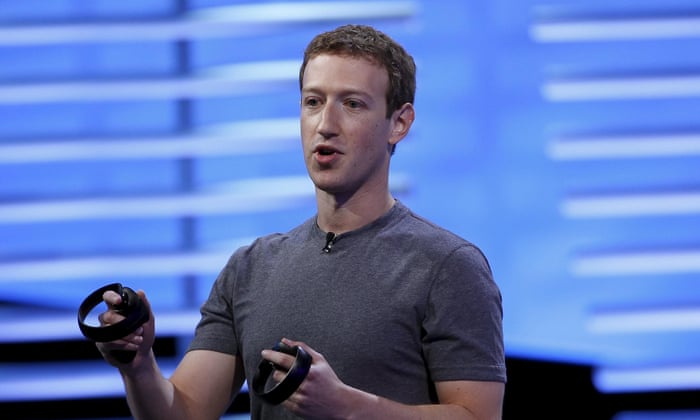 Mark Zuckerberg has refused to acknowledge that Facebook is a publisher. Photograph: Stephen Lam/Reuters

Tensions between Facebook and the news industry boiled over this week when the social media corporation censored a Pulitzer-winning Vietnam war photo, because it featured a naked child and violated site “community standards”.

The dispute over the “napalm girl” image, which a Norwegian writer published in a post about historic warfare photography, ended Friday when Facebook reversed its decision, acknowledging the “global importance of this image in documenting a particular moment in time”.

But the spat has exposed what journalists and ethicists say are fundamental flaws in the way Facebook controls and spreads news. Critics say the company’s decisions were driven by PR concerns and should serve as a wake-up call to free speech advocates about how powerful Facebook has become– and how ill-equipped the corporation is for its role, however unwilling, in journalism.

Some hope the scandal will be a turning point for CEO Mark Zuckerberg, who critics say has a moral obligation to recognize his role as the “world’s most powerful editor” and take meaningful steps to make Facebook accountable for what it distributes.

“What Facebook has to do now is think very hard about what it really means to be a publisher,” said Emily Bell, director of the Tow Center for Digital Journalism at Columbia University. “If they don’t,” she warned, “this is going to happen to them over and over again.”

‘We need more than just algorithms’

Whether Facebook and media executives like to admit it, the social media site now plays a vital role in how people consume news, carrying an influence that is difficult to overstate. Studies have repeatedly found that Facebook has become the primary news source for many people, and that publishers’ revenues have been hit hard as a result.

To some journalists, the decline in advertising revenue is less alarming than what the row over the war photo revealed: Facebook’s control over the news has become so vast that it could censor stories in ways that deeply threaten the free press.

Whether Facebook knows what to do with that power is an open question.

“It’s almost like these are kids playing with a toy above their age bracket,” said Jane Kirtley, professor of media ethics and law at the University of Minnesota. “We surely need something more than just algorithms. We need people who are sentient beings who will actually stop and analyze these things.”

Zuckerberg has refused to acknowledge that Facebook is a publisher or media company, instead sticking to the labels of “tech company” and “platform”. But the idea of an unbiased platform was recently called into question when it was revealed that Facebook staff curated news articles in its “trending” section.

The company then fired the team that managed the trending pieces and let an algorithm take over, and Facebook immediately began pushing fake and vulgar stories into users’ feeds.

“Facebook wants to have the responsibility of a publisher but also to be seen as a neutral carrier of information that is not in the position of making news judgments,” said Jim Newton, a former Los Angeles Times editor who teaches journalism ethics at the University of California, Los Angeles. “I don’t know how they are going to be able to navigate that in the long term.”

Bell said Facebook was a “spectacularly well resourced and brilliant organization from a technological perspective” – and that its editorial efforts should start to reflect that rigor and dedication. Some have called for someone responsible for tough newsroom decisions to take over: an editor in duties and title.

“Facebook needs an editor – to stop Facebook from editing,” Jeff Jarvis, journalism professor at the City University of New York, wrote on Friday. “It needs someone to save Facebook from itself by bringing principles to the discussion of rules.” …

Originally posted by Sam Levin at the Guardian
10th September 2016